Here we are again, and maybe still a little bit of sunshine to come.

Herewith, a little snippet for you (apologies if you already know):

The Cotswolds – cot is an old word for a sheep pen, and wolds are rolling hills. So, sheep pens on the hills. You heard it here, folks (also on Countryfile a few months ago, but we won’t mention that).

We have a lot of new readers this quarter. Welcome. If, having read this, any of you feel that your life is not complete without knowing what was in newsletters 1 and 2, please contact Alison (details at the end) who will be happy to forward them to you.

Meanwhile, back in Cirencester:

Plans are still in place to create the walkway from the obelisk site into the amphitheatre area (see newsletter 2) and it is hoped to start work over the winter months, but currently there is inadequate funding to complete the project. Likewise, it is still hoped to do at least some renovation work on the obelisk itself but, equally likewise, grant funding has not yet been confirmed.

Not really any change since the last newsletter, but dialogue continues with English Heritage, particularly relating to improving signage and generally making information more accessible, whether on site or by means of apps, website, etc

This area was at one time a quarry, possibly even predating Roman times, and certainly the Romans, as they developed Corinium, availed themselves extensively of what was a very good building material (oolithic limestone). As the stone was removed over the years, and the spoil deposited nearby, this led to the depressions and hillocks that are there to this day. Excavations at different times do also indicate that in part this was used as a burial site too.

The name “Querns” is a direct descendent of the Anglo Saxon word “crundles” which meant “quarry”. Over the centuries, a gradual corruption of this word can be traced through various historical documents, from crundles to crondles, to cronnes to cornes, finally emerging during the 17th century as querns. For whatever reason, the word evolved no further during the ensuing 300-400 years.

Quern is also an old word for a grinding stone for grain: is this simply a coincidence? If anyone can shed more light on this, please let us know.

Where have all the flowers gone? Gone with the end of summer, but they were a joy to see over a period of many weeks.

Plans are already under way for hopefully an even better display next year.

The consultation regarding possible ideas for improving the facilities on 4 acre field ran for the whole of September, and has just closed. We will let you know more once we have had the opportunity to evaluate the responses. However, please be aware that even if there is a consensus in favour of any of the ideas, we still need to get approval from the landowner (town council) and then raise the funds.

Saturday 13 September: the weather was kind! Two guided walks of approx. 1 hour each took place, focusing on the amphitheatre, but incorporating the woods and surrounding areas also. It can be unfair to single out individuals who may be the “face” of a particular event, while others are beavering away behind the scenes. Nevertheless, particular thanks to Richard Holmes for being the tour guide and for all the research he did. Thanks also to Alison Horrocks for the work she undertook in preparing the information boards relating to the 4 acre field consultation, which were available to view on the day.

In the evening, we had the bat walk, preceded by a very informative introductory talk by Richard Dodd. This was very well attended, with some 40 adults, and a dozen or so kids. Part of the talk was supposed to include some actual recordings of bat calls, but there was a glitch with the sound equipment, so we were treated to Richard doing his own bat impressions, like some latter day Percy Edwards (sorry, but only people of a certain age will understand that reference). But very good they were.

Once out on the walk, the kids were put in charge of the bat detectors, which tune in to the correct frequency and enhance the sound. Great excitement whenever one was detected but the bats were not at their most cooperative that evening, so we weren’t exactly inundated with noise. Nevertheless, everyone enjoyed it, and it’s a definite must for next year.

Bats are mammals, which hibernate in winter, but are very active during the warmer months. They give birth to a single young which will start flying at around 3 weeks old – bats are, in fact, the only mammal which can fly. There are 17 species which breed in the UK, the smallest, and most widely found, of which is the common pipistrelle: fully grown, it will weigh 4-7 grams (as a guide, a 20p piece weighs 5 grams). If you can find no other reason to like bats, then be aware that every night, each one will eat some 3,000 insects, say, half a million over a 6 month period: that is an awful lot of midges that would otherwise be buzzing around your head. 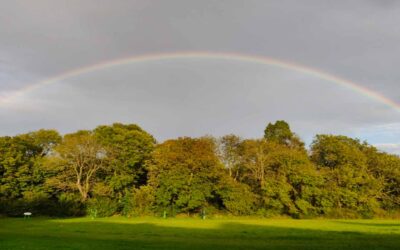 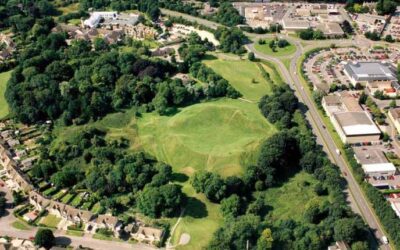